I thought I would do a little something different and start writing a “gaming week in review” blog post on Saturdays. I normally post blogs during the week about games I am trying out, games I purchase, or other odds and ends, but there is a bit more gaming that goes on that I don’t always write about 😉 I’ll break it down into three categories: Console, Handheld, and Mobile. Enjoy!

Nintendo Wii
The only game I played on a console this week was Animal Crossing: City Folk. I finally decided to spend some time weeding my town so it would look nice for once! I did the area near my house previously, but got lazy and never finished it. Oh, and I randomly planted some flowers that my “dad” sent me on Father’s Day right by my mailbox. I bet I will run over them by accident for sure!

I was playing at night, so I took some time to enjoy the fireflies (and Truffles creeping in the background).

Prince told me probably the greatest truth of all time.

And I met my new neighbor, Caroline the squirrel. She’s kind of cute!

I did finish the weeding, which I was very happy about. Now my town better stay nice! 🙂

Nintendo Game Boy
Like I mentioned in my previous blog post, I re-bought 星のカービィ (Hoshi no Kirby) because I felt lame ever since I traded it in many years ago. I of course only played the first level of it, but it was still a lot of fun.

Nintendo 3DS
I played a few more levels of Kirby Planet Robobot! I am now in Area 4: Gigabyte Grounds.

The first level was neat- it looked like some kind of weird, post apocalyptic spaghetti dinner disaster! Seriously. Why are there forks in the background with noodles/ wires wrapped around them, and why am I walking around on pieces of bread? I don’t know, but I love it!

The second level looked much like the first, except there was more fence climbing and lots of poison clouds being blown around that I had to avoid. Also, there were fans that kept trying to push me into enemies and shit. Rude!

The third level looked pretty cool, and had pretty awesome music to go along with it. There was a lot of trickery with the foreground and background, which was so much fun!

I would have played more, but yep… you guessed it… my 3DS needed to be charged!

iPhone
I played several games on my iPhone this week, included good ol’ Solitaire. Normally I do well with this game, but I played like 4 hands and lost every. single. one. Ugh!

I also played Juice Cubes. At one point, I was stuck on Level 19, which I found highly irritating. I got passed it, though, and I am now on Level 21. 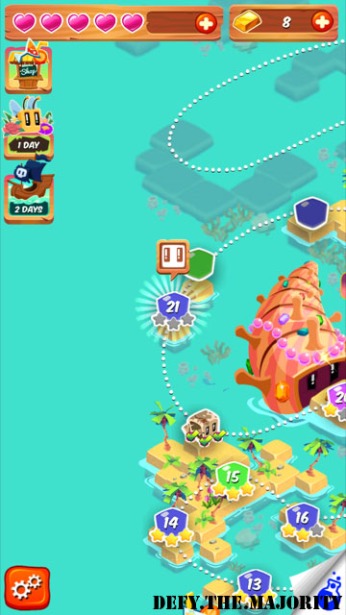 Wonder how annoying THIS level will be!

I played/ sucked at Crossy Road a little more too, and I unlocked two new characters! They are New Year’s Doll… 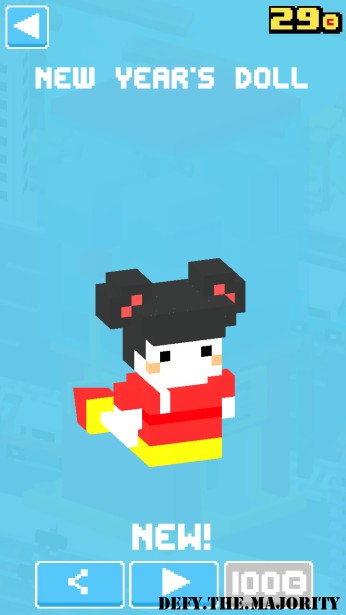 And some weird guy called Capoeira. 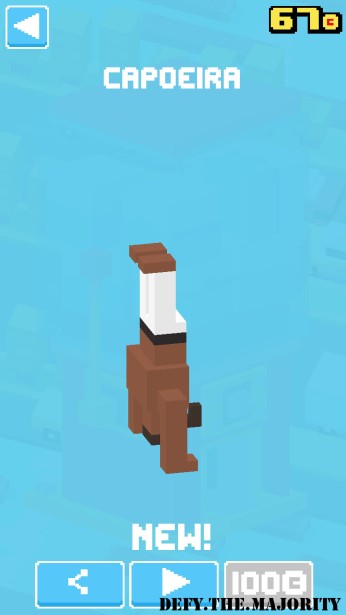 He’s pretty funny, because he walks on his hands and flips and does all kinds of weird stuff! This game makes me laugh, even though I am awful at it.

So those are the games I was into this week! I will definitely be playing Kirby Planet Robobot more soon. That game is very addicting! 🙂