My post is a little late this week, sorry about that! I normally like to post my weekly reviews on Sundays, but I had a terrible headache for a couple days that put me behind. Not that I have that much to write about anyway, but let’s see what games I played this week! 🙂

Michael and I continued to play through Yoshi’s Woolly World. The game is increasing in difficulty a little bit, but nothing we can’t handle! We finished up World 4, which threw some spikes at us as well as some very strange waterfalls, then we faced off in an epic battle against Petey Piranha!

After kicking Petey’s butt, we moved on to World 5. World 5 is an icy, wintery world that is so pretty! Makes me want it to be Christmas again… anyway, check out some screenshots from World 5!

And here’s an adorable snowman and Mega Yarn Yoshi! 🙂 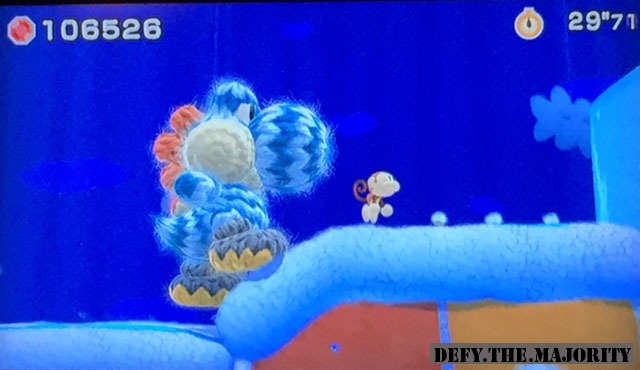 We left off on World 5-6: Up Shuttlethread Pass. I have no idea what that even means, but I guess we’ll find out!

I had time to briefly visit my Animal Crossing New Leaf: Welcome Amiibo town of Tilt this week. Remember last week how Poppy wanted me to come over, then Genji immediately wanted to come over to my house? Well, they both sent me gifts for hanging out with them! Genji sent me a boomerang, while Poppy sent me an azalea bush. Thanks, friends!

Poppy tried to tell me she was moving away, but I told her hell no. She’s too cute to leave!

Something new is being built on Main Street!What could it be? 😉

Apples were at a premium at Re-Tail, which was awesome because apples are my native fruit! I immediately ran around and shook all the trees so I could make some easy Bells! 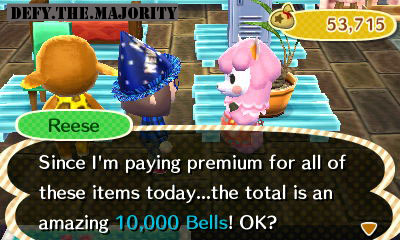 I also got my town-development permit. Now I can start Public Works Projects! 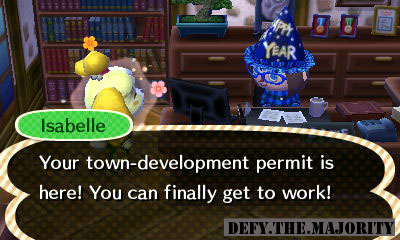 I am still having fun playing Cooking Fever, though it is getting pretty hectic! I still find myself easily confused if I don’t pay close attention to what I’m doing. 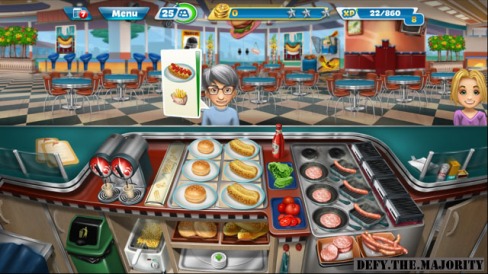 At one point, one of my soda machines broke down! I didn’t know this could happen in the game. Luckily, it was fixed quickly. I wonder if anything else can break…

I’m enjoying upgrading all my items as well as my actual restaurant. I am now at experience Level 8. 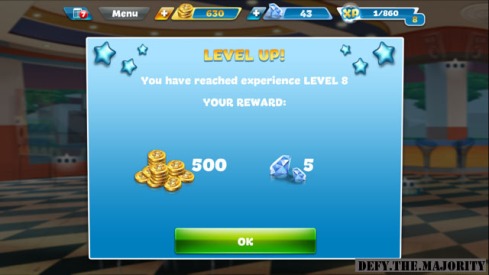 I left off on Level 31 of the Fast Food Court. Maybe I’ll finish these levels soon so I can play one of the other venues, like the bakery! Here are my current stats: 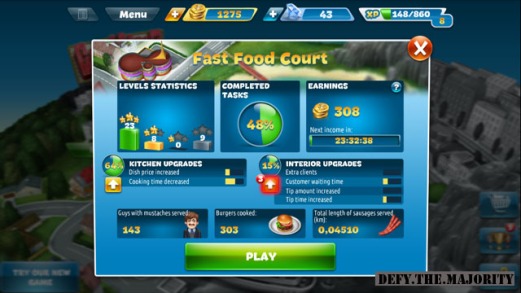 As you can see, there’s still a lot of upgrading I can do. This game keeps you busy for awhile, and I like that.

I played just a little bit of Pokémon GO this week. It wasn’t working properly most of the time when I was trying to play, so oh well. I finally evolved my Staryu into a Starmie…

And I caught a Seadra, you guessed it… at work! 🙂 Seadra is the evolution of Horsea, so now I don’t have to worry about evolving the one I have!

No PC Gaming this week!

No Misc. gaming this week!

So, that’s it! Hopefully this new week will bring more gaming adventures for me 😉 Good night!