Well, I sucked even more this week than I did last week.

The only game I made progress on this week was Super Mario Run, and I actually beat the game! That’s an accomplishment, at least! I played through a couple tricky World 6 levels, including a damn ghost house that I don’t know how I got through on my first try! I also played a pain in the ass airship level that killed me a couple times. 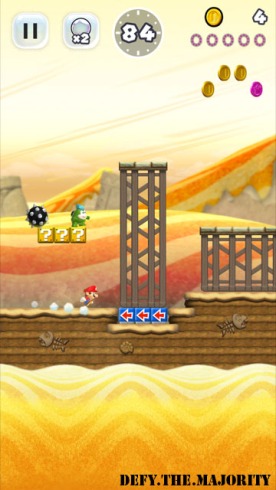 Finally, it was time to take on Bowser! He was actually really fun to play. It took me a few moments to figure out what I was supposed to do, which was have Mario automatically jump over Bob-ombs, which in turn flings them into Bowser. The challenge here comes from the fact that the screen is, of course, always moving, there are tons of platforms to jump on/ jump down from, and there is fire everywhere. After a few hits, Bowser was toast, and Princess Peach was saved!

Also, since I beat the game, I unlocked Princess Peach as a playable character.

Now, my goal is to collect all the special coins in each level, as well as unlock the rest of the characters. I hate how you have to get Toads from Toad Rally to do that, though. Toad Rally can be a pain! I only need 11 more Yellow Toads to unlock Yoshi, so I’m hoping that’ll happen soon! As of right now, I’ve collected all the pink coins up to World 1-3.

One Game I Should Have Definitely Beaten By Now- Pokémon Blue!

Nope. I did, however, charge up my GBA, so maybe I’ll get some playtime in next week?

One Game Together- ZombiU!

Since I ran out of PokéBalls and am too lazy to get more, I didn’t make much progress in Pokémon GO this week. I did, however, evolve my Goldeen into a Seaking… 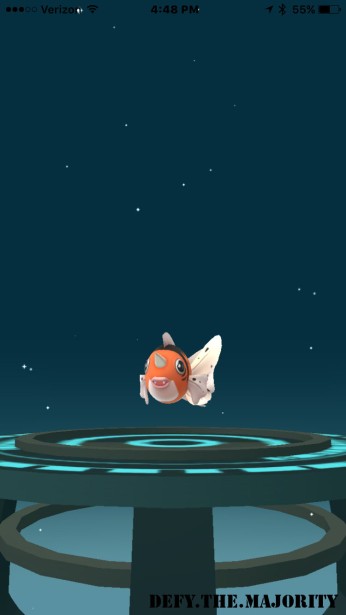 Since I didn’t need Goldeen to be my buddy anymore, it was time to choose a new buddy! I almost have enough candies to be able to evolve Drowzee, so he is now my buddy!

That’s it for this week. I really had hoped to make more progress, but as always, real life gets in my way. At least I got one game beaten, so even if I don’t beat the other 3, this challenge won’t be a total bust! 😉