Like I first mentioned awhile back, one game that I’ve had for a long time but never played is Harvest Moon: Animal Parade for the Wii. I’ve always thought the game looked adorable (and I love Harvest Moon!) but I just never got around to playing it! Doing the Four in February challenge finally made me start playing it… and I’m glad I did! 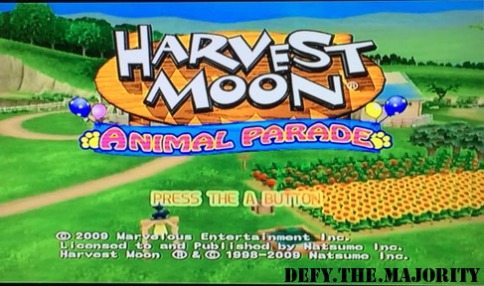 The game starts out with you riding on the back of some random dude’s cart off to your new farm. It looked suspicious to me, but my character didn’t seem to mind. 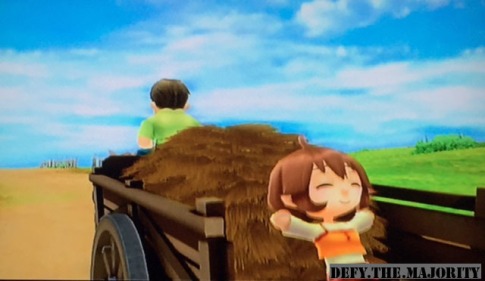 Upon arriving at my new farm, my teeny little friend Finn (who constantly buzzes around my head) asked what the name of the place was. When I saw what was automatically written in for me, I laughed out loud! 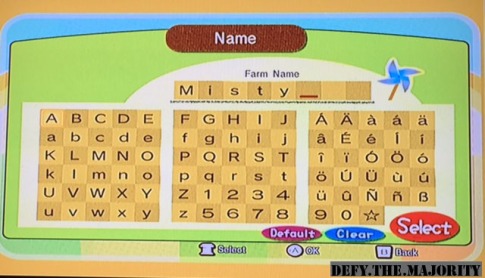 Misty just happens to be my cat’s name! Of course, I kept it. So now I live on Misty Farm, haha! Anyway, I took some time to wander around my property, and it’s really cute! 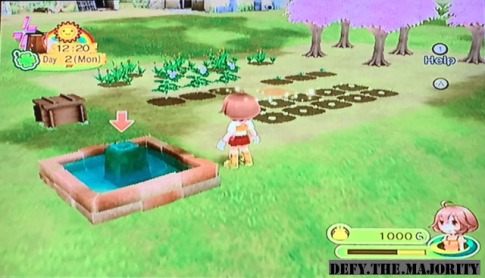 Why the hell do I have to purchase something that’s already on my land though?! Talk about lame! 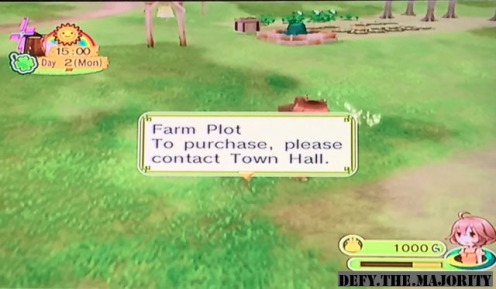 Anyway, I met the mayor of the nearby Harmonica Town, who told me to go meet everyone. 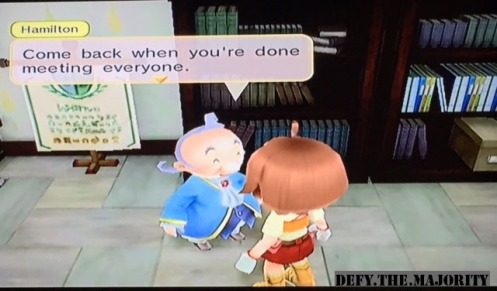 Never mind meeting the people- first I ran around and approached every animal I could find! 🙂 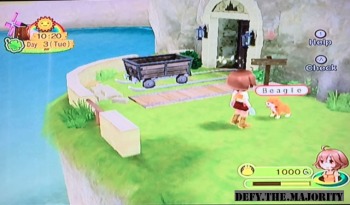 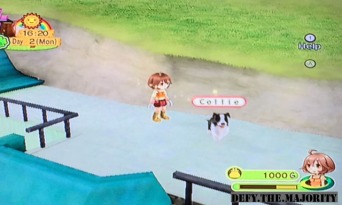 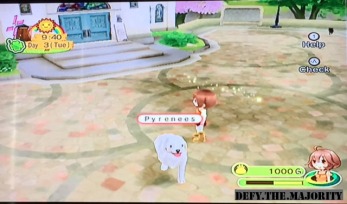 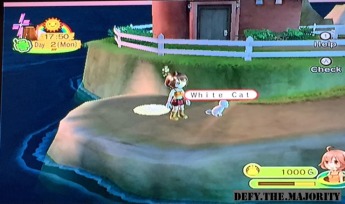 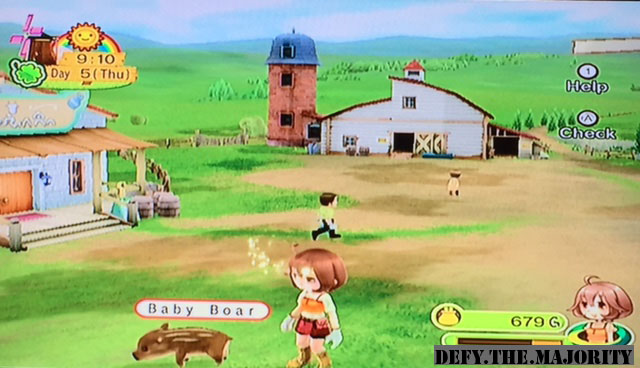 I then talked to the townsfolk. Most were pretty nice, but on the whole, everyone seemed… depressed.

Why isn’t anything working right around here? After meeting everyone, my next goal was to talk to the Harvest Goddess. First, I had to feed this lame ass guy who couldn’t go get his own food. He needed to fix the bridge, but couldn’t do it on an empty stomach. 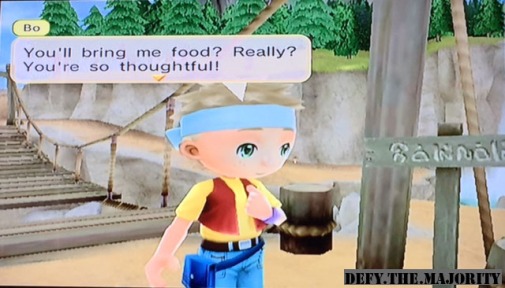 I had to go to Flute Fields (another nearby community) to buy him what he needed.

Once he ate and fixed the bridge, the Garmon Mines area was opened to me. I met everyone in town. They, like folks in Harmonica Town and Flute Fields, seemed depressed as well.

I then made my way to the Goddess Spring, where I was stopped by some pissed off animals! 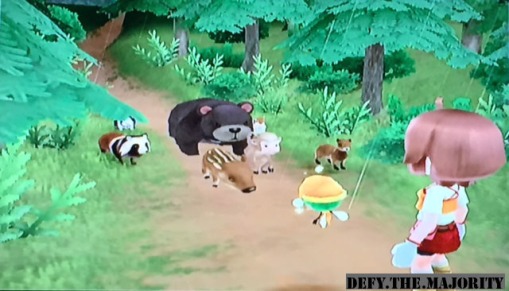 Apparently I needed and “animal whistle” to be able to communicate with them. It was a bit of a wild goose chase to acquire one, but I finally got it. I befriended the animals guarding the Goddess Spring, then walked down the path that led me to the Harvest Goddess! 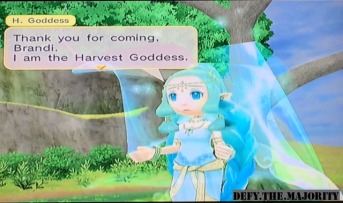 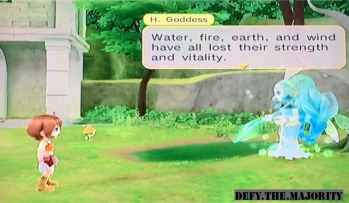 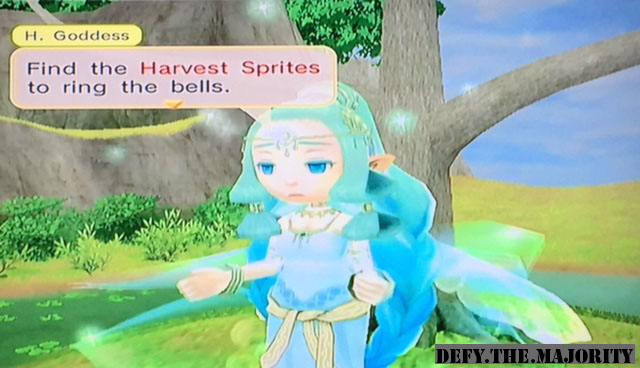 She explained to me that the elements of earth have all lost their strength and vitality, which is why everything sucks everywhere. She asked the Harvest Sprites to ring their bells, but they were too weak. So now it’s MY job to find the sprites and ring the bells. Uh, aren’t you the Harvest Goddess?! Why can’t YOU do it?!

I love this game so far! There is a lot of stuff to do, but you never feel rushed! I love all of the characters and the animals are adorable too! I’ve already completed several tasks and I’ve found one bell and restored its power (I just have to ring it!).

If I have one small complaint about the game, it’s the fact that your stamina dips way too quickly. Just taking care of my crops in the morning depletes my stamina way more than it should, and raising it back up requires buying food (that is way too expensive) or eating a stupid mushroom that barely does anything for you. Despite this, I am having a great time with this game! It’s quite a long game, but I hope I can beat it within a reasonable time frame! 🙂