While my husband and I were on vacation two months ago (ugh, I’m so slow at posting!), we stopped at a few game stores to see what they had in stock. I always enjoy stopping at little mom and pop stores because you never know what kind of goodies you are going to uncover! As it turns out, we found quite a few games for pretty decent prices!!

For the Super Nintendo, we picked up these games:

Now, I rented Aaahh!!! Real Monsters as a kid from Blockbuster and I’m pretty sure I thought it sucked. Otherwise, I would have begged my mom to buy it for me! But when I saw it cheap couldn’t resist it just for nostalgic purposes. Batman Returns is a game my husband loved as a kid. And Jurassic Park… this was another stinker I rented as a kid. My uncle and I tried in vain to figure out what the hell we were supposed to be doing, and I remember being really disappointed that the graphics looked nothing like the movie! 😉 Again, I bought this for nostalgic purposes.

I really enjoy playing imported games, and when I saw this one it looked cute, so I took a chance on it!

When I got home, I discovered that the name of this game is 実況パワフルプロ野球 4, or Jikkyo Powerful Pro Yakyu 4, which is… a baseball game?! FUCK! I’m not exactly a fan of sports games. Normally I don’t just randomly buy games without looking into them a little bit, but I took a chance on this one. Actually, this is a long running series in Japan and it seems kind of fun, so who knows, I may actually enjoy it!

For the Playstation, we picked up these two:

These were both my husband’s picks. Tunnel B1 is something he vaguely remembers playing years ago and wanted to revisit, and Duke Nukem is a game he said he had been looking for for awhile. Except… when we got home, we discovered he already had it! I should have looked at my Backloggery when we were there to make sure we didn’t already own it. Whoops!

For Playstation 2 we got: 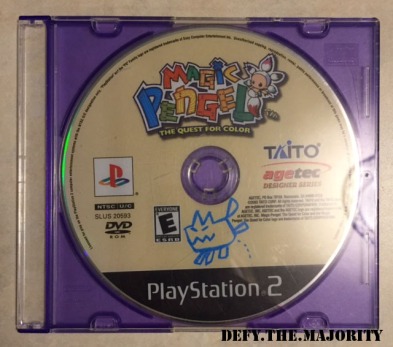 I wanted this game when it came out, but it wasn’t very popular for whatever reason so I never saw it in stores much. When I did, it was expensive! It was only $7 at this particular store, so I snagged it. I’m kind of sad it doesn’t have a case, but such is life.

For Playstation 3 we got:

These are both my husband’s games, just a couple he has been wanting to play for awhile 🙂

PoPoLoCrois! This game looks absolutely adorable. I can’t wait to dive in!

Moving on to the PS Vita: 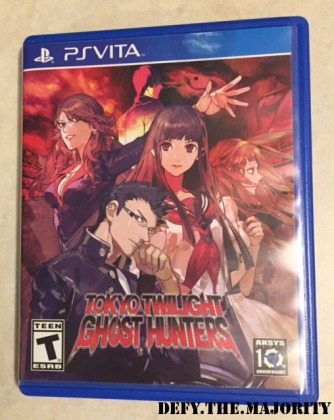 Now, I saw this game awhile back on my blogging pal Rob’s site I Played The Game! and he wasn’t exactly a fan of the game at all. He played the PS4 version, so maybe the PS Vita one is a little different? Doubtful, but still… it wasn’t too expensive and I need more Vita games, so hopefully this doesn’t totally suck!!

Lastly, for the XBox:

This is one of those games that I wanted and then forgot I wanted because I literally want thousands of games! Haha!!

Also during that same week, we took a bunch of NES games from my father-in-law. They were all my mother-in-law’s games and since he doesn’t play video games, he said we could have them. My husband remembers playing some of these as a kid, but he left them with his mom when he moved out of his parent’s house. There are a couple games we already have in there, but a lot of ones we don’t! It should be fun to play through them all. 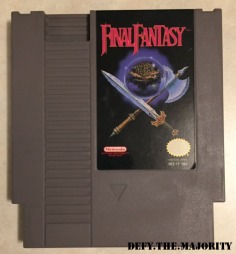 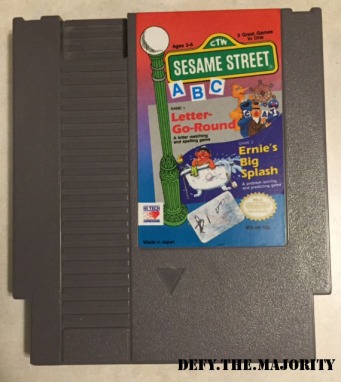 So there you have it! I added way too many games to my backlog, but I’m not ashamed. I love a good bargain! 😉

P.S. I don’t mean to bitch, but I am SO TIRED of having to peel fucking price tags and stickers off of games that I buy! I mean, just look at the picture of Grabbed by the Ghoulies! I will probably end up just throwing that case away and putting the game in a different one because it’s in such bad shape! At least they don’t put stickers right on the games… nope, wait, they do! Every single SNES game I bought as well as the N64 game all have sticker residue on them that I have to clean off!! Okay, rant over. I’m sure many of you share that sentiment 🙂