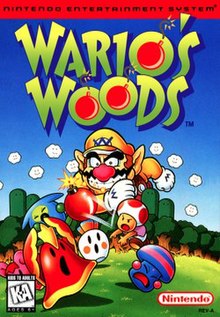 Wario’s Woods is a puzzle game originally released on both the NES and the SNES in 1994. It was also a hidden NES game in the GameCube version of Animal Crossing, which I’m pretty sure I have! 🙂 At some point I need to figure out which NES games I have in that game… anyway, I’m getting off track! It is also available as an eShop purchase. I bought it on the Wii Virtual Console and think I played it for about 30 seconds. Oops! Anyway, Wario’s Woods is one of the games on the NES Classic, which is the version I played for this little mini review thing.

So, apparently the background for this game is Wario is up to some shady shit and makes the poor inhabitants of the woods near the Mushroom Kingdom bend to his will. I guess he’s trying to create an army to take over the Mushroom Kingdom or some shit. I guess Mario is busy or whatever, because Toad is the one who has to stop Wario and restore peace to the forest. Wow! Bet you didn’t think this game had such a deep story! 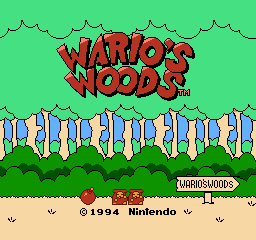 Well, it’s a fun little puzzler at first. I enjoyed the animation on the side of the screen where Wario would become more and more agitated as you got closer to winning. I think I liked the music?? *checks YouTube for music* Yeah, it’s not bad, but not my favorite either.

Oh THE SHITTY CONTROLS!!! Why?!?! It’s a decent game with the most craptastic control scheme ever for a puzzle game. Sometimes I just pressed random buttons because I didn’t know what the fuck was even happening. 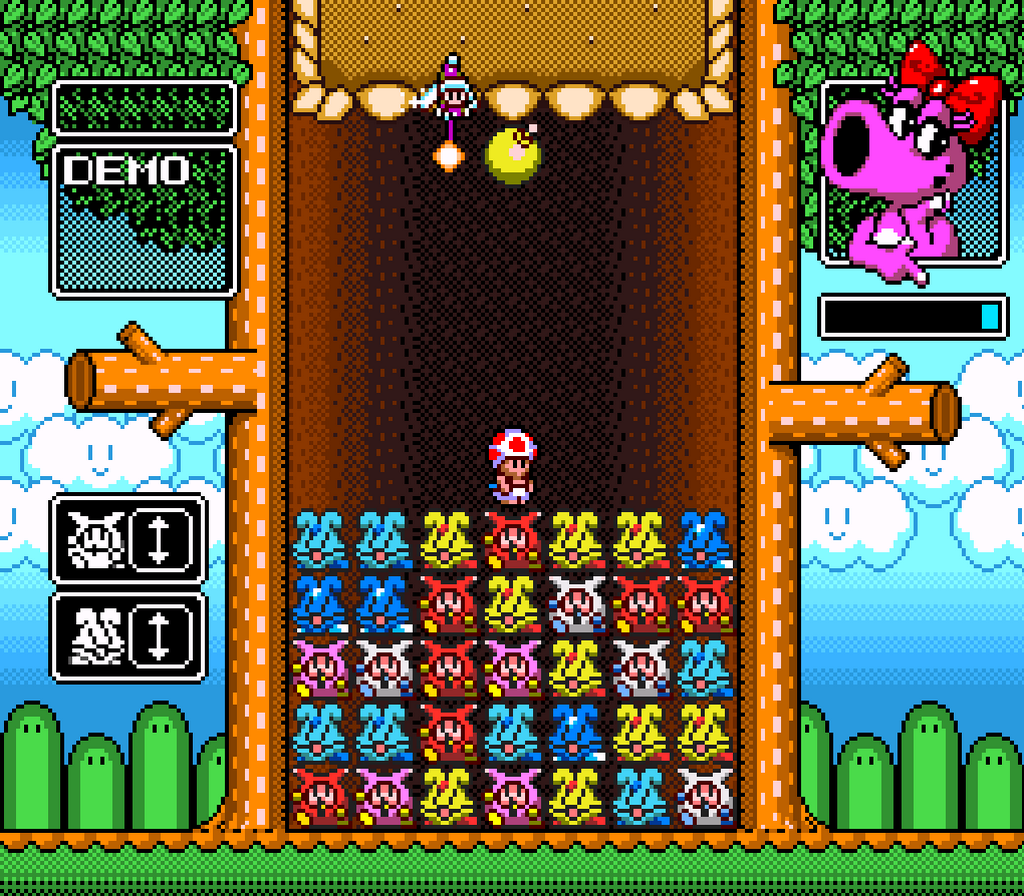 I was enjoying myself while playing, but by the time I died on Level 23, I was more than ready for my run to be over with. I also completed one of the Time Attack Modes, so I will consider this game beaten. This game is okay, and I wouldn’t mind picking it up from time to time to play a few levels… but for me, there are better puzzle games out there.