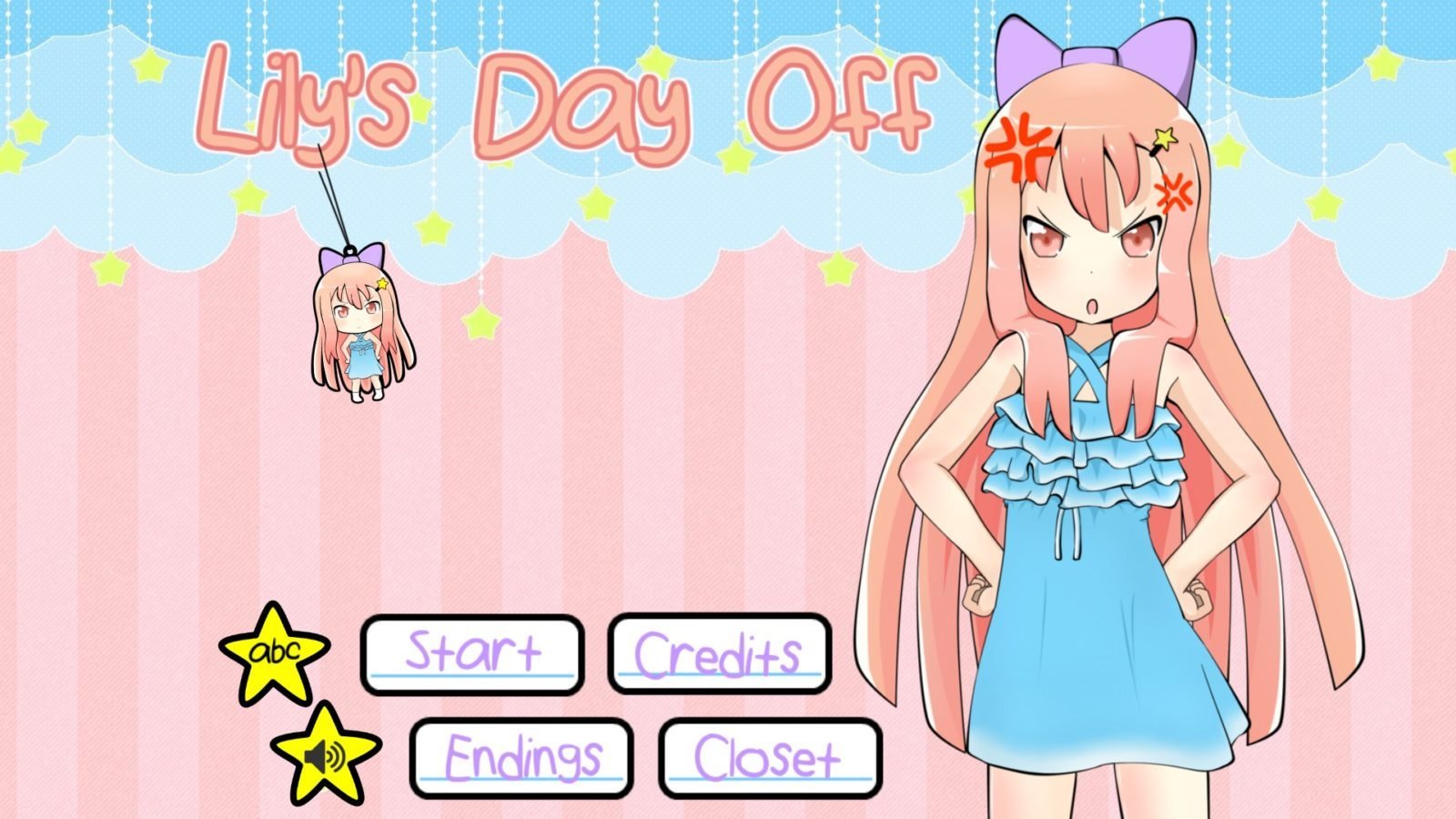 Lily’s Day Off is a visual novel game that was released on Steam in 2017. It has since been released on a few other platforms. I played mine on my iPhone. It was free, though you can pay a small amount ($2.99 maybe?) to get rid of ads. I didn’t find the ads particularly intrusive, so I didn’t pay to remove them!

Anywho, Lily’s Day Off involves you meeting pop idol Lily, who seems to have lost her memory. Your character (who remains unseen) helps her remember who she is. Since this is a visual novel, every action you choose has a consequence, and those choices can lead to some really weird shit! There are 16 different endings in all to find, which is pretty neat. 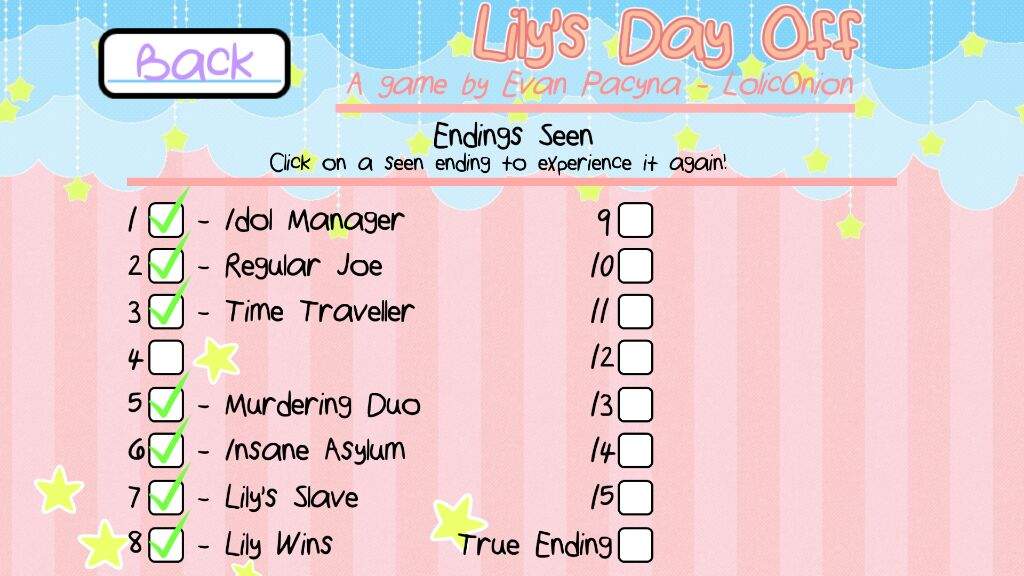 The fact that this game offers such drastically different paths! The paths range from sweet, to weird, to completely twisted! I can’t say much about them, because I don’t want to spoil the game for anyone who hasn’t played it and might want to… but yeah, this game is a fun little diversion that encourages you to make as many different choices as you can! Because of its short length, each path takes only a few minutes to play through, so it doesn’t become cumbersome.

Also, I appreciate the fact that the choices you have already made are grayed out, so you can keep track of the paths you’ve already taken. 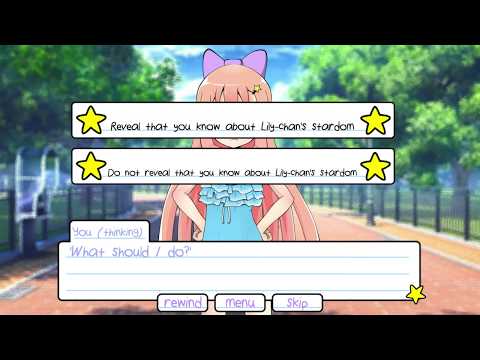 There wasn’t really anything I didn’t like. Well, except maybe for the fact that there is zero replay value. Once you complete every path and unlock every ending, there really isn’t any reason to play again, because you already know all the possible outcomes. There is some kind of feature to get Lily a couple new outfits, but I didn’t really care to dive into that. I played through all 16 paths in about 45 minutes. The game is short and sweet and doesn’t demand too much from you. It takes you on a weird, fun and occasionally disturbing journey, and I’m glad I played it!