Note: I wrote this review article back in July for LadiesGamers. Check out the original article here! 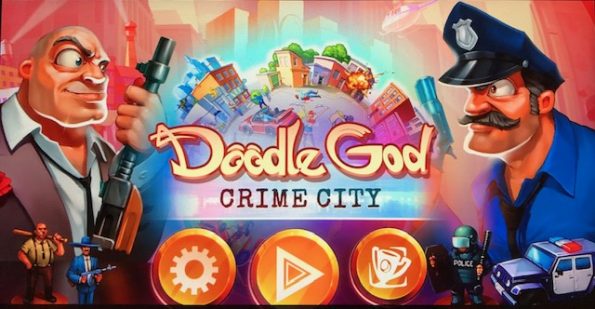 Have you ever wished you could build your own city of crime? Have you ever wanted to mix random elements together just to see what happens? In Doodle God: Crime City, you can do just that! Nintendo.com describes the game like this:

WATCH YOUR CRIME CITY COME ALIVE AS YOU PLAY!

Over 500 puzzles to solve and items to create as you play the role of Crime Boss or Cop. You decide how you want to play as you play through multiple hard-nosed storylines & play modes.

As you build your Gang and make your fortune you must evade the Cops as well as fight off rival games in order to become the “Big Boss” of the City. In the “City” mode watch your Crime City come alive as you successfully pull off heists, escape the Cops or beat-off rival gangs. But you gotta watch your back because behind every corner there is a good Cop trying to make a name for himself or a rival Gangster trying to take your turf!

In the “Campaign” mode, nab the bad guys or pull off heists to build your fortune. Can you successfully rob the bank and escape the Cops? Are you tough enough to defeat the rival boss and be the Crime Big Boss of the City? We shall see how good you are…

Sounds interesting, right? And apparently there are other Doodle God games, including Doodle God and Doodle Devil. I’m unfamiliar with these games, so I went into the game not knowing what to expect. But enough of my babbling, let’s get to the review! 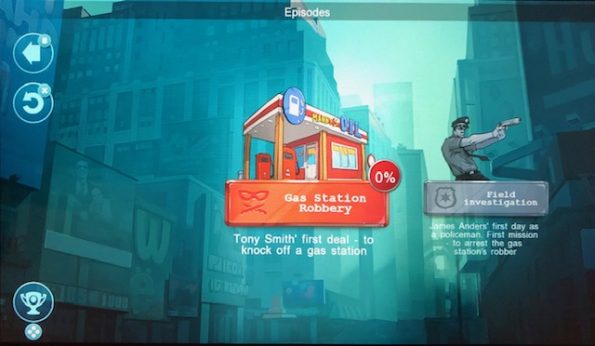 There are two main modes in Crime City: City and Campaign. In City Mode, you combine random elements together to make… well, stuff. Your city starts off pretty bare, but as you keep combining elements, your city will slowly fill up with all sorts of crime related goodies, such as the Mafia, bank robbers, and a drunk guy crawling out of a bar! Some elements are downright bizarre, such as a tiger in a cage and a random man lifting weights.

In Campaign Mode, you are once again combining elements, but there is more of a “story” to what you are doing. There are a few different scenarios to play through, though unfortunately none of them are very interesting. 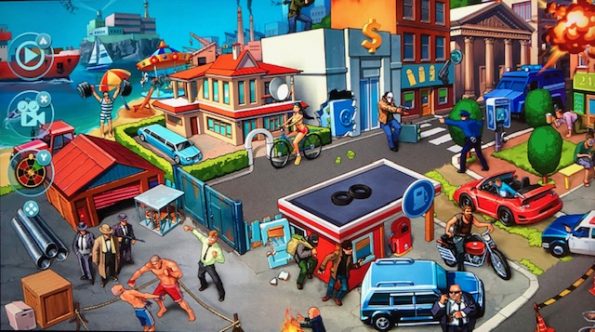 I’ll admit, when I was downloaded the game onto my Switch, I was not a huge fan of the icon on my screen. Unfortunately, that feeling stayed with me the entire time I was playing the game. The graphics are colorful, but I did not care for the way the characters looked. Also (and maybe this is just because I have a background in graphic design and I’m picky) the proportions of some elements were way off. I unlocked a limo, then a man lifting weights, and when they were placed side by side, the man was way bigger than the limo! I mean, the limo looked like a toy car.  Maybe they were trying to just fit as much as they possibly could on the screen, but it just looked strange.

The sounds in this game are pretty sparse. There is an annoying police siren that wails every few seconds, which got on my nerves and caused me to turn the volume down for the rest of the game. 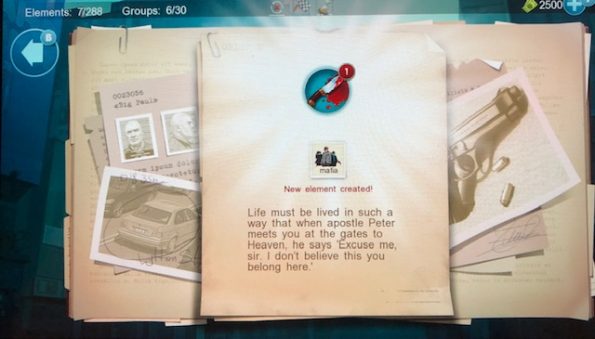 As I mentioned before, the whole point of Crime City is to combine different elements together to make more elements! The problem is, this just isn’t much fun. I was vaguely interested in what some combinations would produce, but the formula gets stale very quickly, especially when the game itself is not dynamic at all. In City Mode, elements are plopped down on the screen and do not move. In Campaign Mode, you never see the action- you just read a little blurb on the screen telling you what happened. Crime City is not exactly a text adventure either, so combining elements does little to keep you entertained. I can barely tell you what any of the Campaigns were about, and I just finished the game recently! 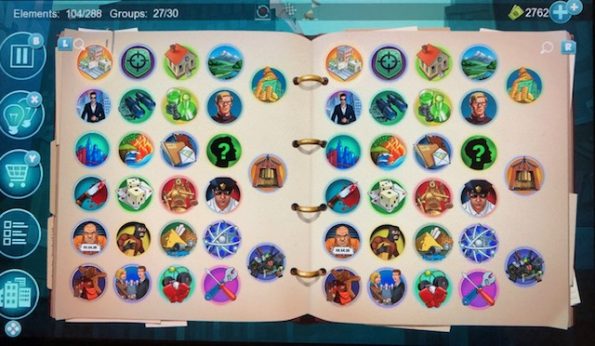 As I said, combining elements just isn’t that fun! Just clicking and clicking gets old when your reward is so small. Also, I should mention that some of the combinations really make no sense. Sure, Citizen + Justice = Policeman makes sense, but how does Policeman + Thief = Water? It’s really hit or miss.

As for the replay value, there really is none. Once you have all the elements created and the City is full, there’s nothing left to do. Same goes for Campaign Mode- once you beat each story, there really isn’t any reason to go back to it. There are some achievements to unlock, but I didn’t bother with them after I beat the game. 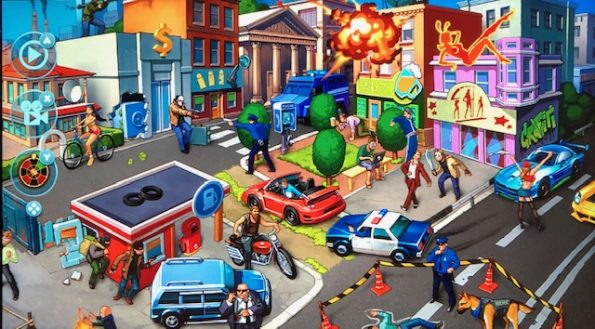 Doodle God: Crime City has an interesting premise, but doesn’t do much to keep you entertained. During my 3 hour play time, I often found myself getting bored after combining a few elements. It was kind of neat to see some of the elements created, but when the end result is simply a “city” with a bunch of static elements, it left me with little sense of accomplishment. At $6.99, the price seems a little high for a game better suited to mobile devices at a lower (or free) price tag. Maybe people who have enjoyed other Doodle God games will want to give this one a try, but unfortunately for me, I’m going to give this a ranking of I Didn’t Like It.

I just want to say that even though I was not a fan of this game, I played it through all the way to the end, because I appreciate the developer letting me try it!