Assassin Witch is the 2nd book in the Bonegates Series by Ashley McCleo. I reviewed the book for her recently on Goodreads! Here’s the blurb for the book:

Doing away with an evil fae queen to help her kingdom is Princess Lana’s ultimate goal.

But first, allies must be secured. Which means embarking on diplomatic missions that make the introvert in Lana cringe.

Even with the assistance of Garret, her friend, and maybe something more, Lana hates the idea of being an ambassador. And as it turns out, she’s not a natural either.

As her struggles deepen, doubt creeps in. Is she simply an imposter? Can she span the cultural divide between what she knew in the human world and mafias of fae or tribes of giants? Will she deliver on her promise to make a difference in the lives of the fae of Lyonesse?

Lana must convince the skeptics that although she’s not a pure-born elf of Faerie, she’s a worthy leader. And she will fight to improve their lives.

Because war is coming to Faerie, and she could lose everything she’s come to love if she fails.

Assassin Witch is perfect for fans of the Throne of Glass Series and The Cruel Prince. With a slow-burn romance, intricate world-building, and danger lurking in every faerie wood and mafia-run city, it will keep you enthralled long past the last page. 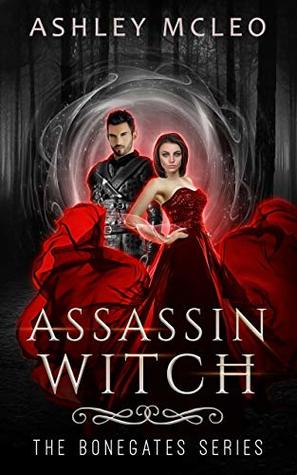 Assassin Witch is the 2nd book in the Bonegates series. The book begins with Lana getting her much-anticipated conversation with her father, the king of Lyonesse. She has such a desire to talk to him and get to know him, she is so happy to finally get some one-on-one time with him! After they talk about her life, make other small talk, etc., he drops a bombshell on her: he wants her and her siblings to assassinate Queen Pari of Buyan!

Naturally, Lana has her doubts, because she barely has control over her powers and doesn’t feel quite strong enough to carry on an assassination attempt. Nevertheless, she tries to fake it til she makes it, and it is painfully obvious for her that she is unprepared and knows little about how things work in Faerie. Because of this, she finds it hard to gain her sibling’s respect.

Lana struggles quite a bit throughout this book, because she finds it hard to balance becoming a more knowledgeable Princess General and becoming more friendly with her siblings. In the end, she devises a half decent plan to go after Queen Pari… though it doesn’t go exactly as planned. The book ends on a bit of a cliffhanger and definitely leaves me wanting more!

One thing I wanted to add: at one point, a strange fae approached Lana and said to her “Your father is a bad man. He brings the darkness with him and will drown out the light… especially yours, princess.” This makes me wonder just how benevolent the king actually is, and what his true intentions are. I cannot wait to see what happens next!