Whyyyy is this week over already?! My husband and I had the entire week off of work- my birthday is 7/26 and our anniversary is 7/29, so it’s something we do every year. Now, since we are still in the midst of a pandemic, we didn’t stay anywhere, but it was still nice to have a whole week off to relax and do whatever the fuck we wanted! I’m going to try not to cry yet- we still have the glorious weekend to do whatever, so I’ll try to enjoy that and not think about the misery I’m going to feel come Monday. Anyway, here’s an End Game Thoughts post! 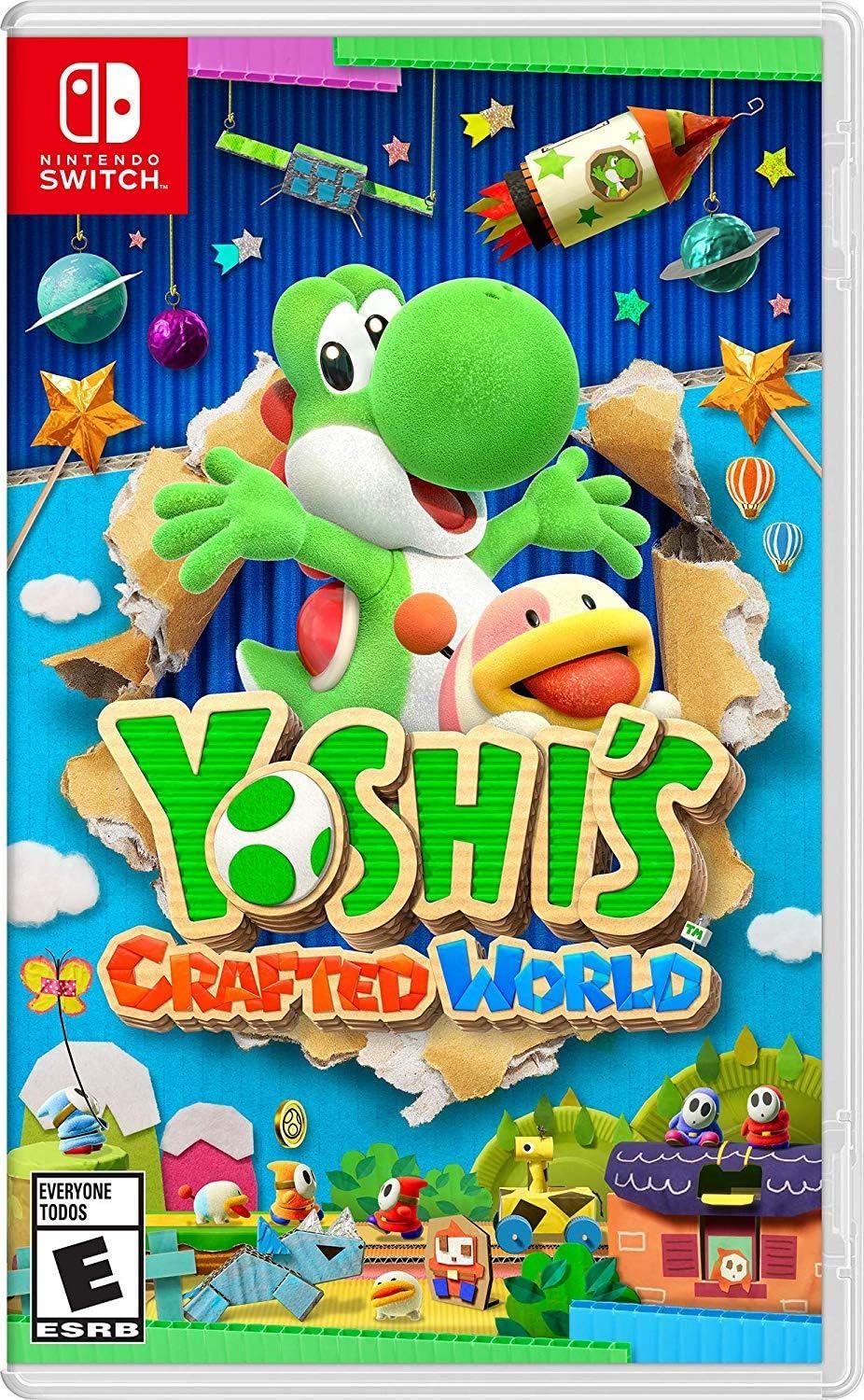 Anyway, Yoshi’s Crafted World begins with Kamek starting shit because Baby Bowser is a whiny little shit who wants these damn Dream Gems to make his dreams come true, or something. While trying to steal them, Kamek just ends up making a mess and the Gems go flying all over the damn place. All the Yoshis figure they better go get those Dream Gems before those bastards do, so off they go! 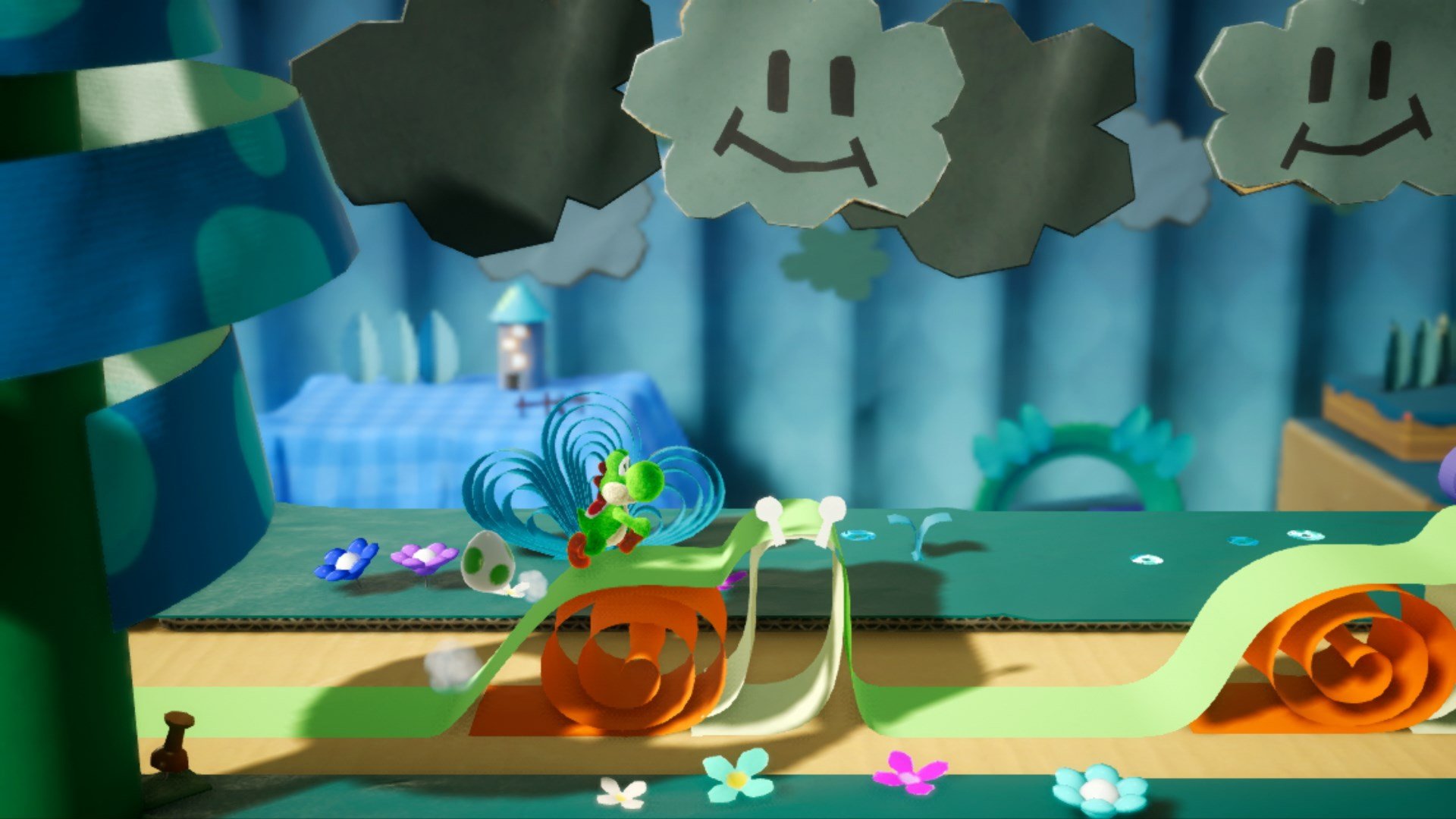 This game is SO CUTE! It is an absolute joy to play. I love the graphics and how everything looks like it’s made out of paper/cardboard/crafted objects (though I do prefer Yoshi’s Woolly World in terms of style). The levels and the bosses are fun and unique to play, and there’s a lot of little extras to keep you coming back for more! I really don’t have any complaints about this game! It’s fun and enjoyable to play, and the final levels of the game are decently challenging. I guess the only thing I have to say here is that the music is just okay- I didn’t mind it, but I wish there was more variety with the tunes. 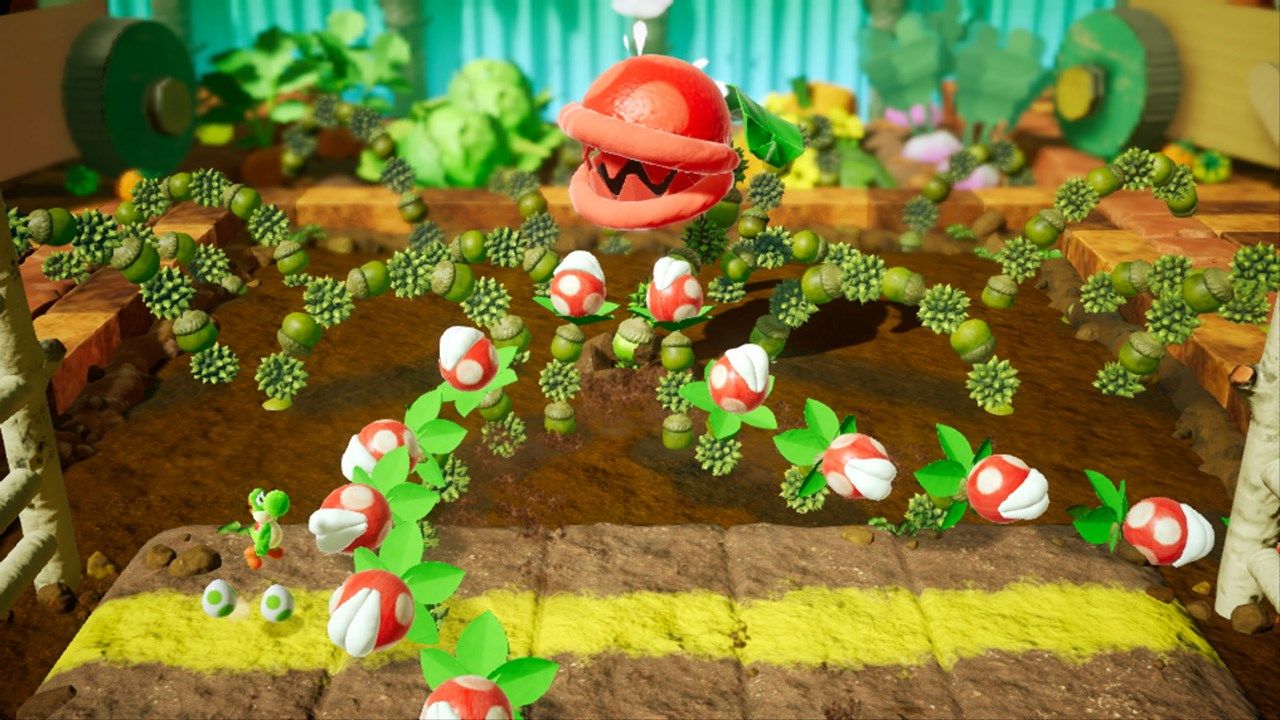 This game is wonderful and is a joy to play. I appreciate how much extra content there is besides “just” the levels- there are Poochy pups to find, souvenirs to gather, costumes to purchase, hide and seek to pay, the Hidden Hills levels to conquer… the amount of content is really nice and keeps you coming back after the credits roll!

Just like my last two book reviews, in January I reviewed a book called The Last Stitch Goes Through the Nose. This wasn’t a book from one of the authors who give me ARCs of their books, but rather, it is a book written by awesome fellow blogger Moses Norton aka The Well-Red Mage! I wanted to support his efforts, so I purchased his book and left him a review!

Here’s the blurb for the book:

Who is the Scissor-man? Nobody cares, nobody sees, except for one little boy. This debut literary fantasy novella takes a hard look at society and its outcasts through the eyes of youth.

In a world where death is ignored, a child named Orasi becomes fascinated with the Scissor-man, the homeless mortician and a man around whom local legends have been developed by well-meaning parents to frighten children into obedience. After he finds a black thread in the snow belonging to the Scissor-man, Orasi begins to unravel the myth and folklore surrounding this horrifying figure, and his journey of discovery brings him closer than ever to the father he barely knew. Orasi must fight against new feelings he has never confronted before, trying to make sense of the state of his family and the state of his village. But the world is a place that has already decided its rules. New feelings can be punished. His is just one beating heart among millions who are already dead, and Orasi may not like what he finds in the end…

The Last Stitch Goes Through The Nose tests its characters to see if they are still breathing, and it might reach out to see if you are, too. Not exactly social commentary and not exactly pure fantasy, The Last Stitch encourages you to do the forbidden: think and feel before it is too late. It is perfect for any reader who isn’t too grown up yet, or the reader who suspects they can still see through the eyes of a child.

And here’s the cover:

Here’s what I wrote for my review:

I have been keeping up with Moses Norton, aka The Well Red Mage, on his blog for a few years now; therefore I was happy to read his first novel, The Last Stitch Goes Through The Nose!

The main character in this story is a boy named Orasi. At the start of the tale, his mother keeps calling him away from the window. He doesn’t listen, because he wants a glimpse of the terrifying Scissor-Man.

The town of Reicbough, where Orasi lives, needs the Scissor-Man “only out of necessity.” You see, the Scissor-Man is a mortician and grave digger, and the people of Reicbough are very uncomfortable with the thought of death. They would prefer not to talk about it, not to think about it, and pretty much pretend death is not a natural part of life.

Orasi is a curious boy, however, and struggles with many emotions throughout this book- mainly sadness and frustration at the way people act and react to different situations. He begins to pity the Scissor-Man and the way people treat him.

The turn this story takes at the end is very depressing, and what happened was just so… unnecessary. It made people finally start to recognize death and remember those who have passed on, but it just goes to show how uncomfortable people can be with those things they don’t fully understand.

I really enjoyed this book, though it didn’t leave me with happy feelings when I was done reading it!

I gave The Last Stitch Goes Through the Nose 5/5 stars on Goodreads!

In January of this year (just like my last book review, geez) I read and reviewed a short story by Margo Ryerkerk. It’s set in the Ardere series universe (which is now called the Dark Legacy series, but whatever) so yeah… on to my review!

Oh… there is no blurb. Moving along…here’s the cover: 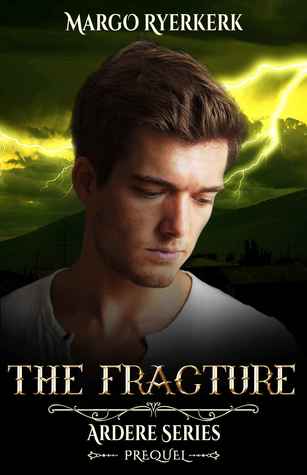 That guy has a totally smackable face, ugh. I don’t know why but he bugs me and doesn’t really look like the character he represents in the book! Anyway, here’s the review I posted on Goodreads:

This book begins with Gavin and Cooper training for their final exams at their high school. Gavin is showing promise as the best in his class, but all he wants is for he, his two best friends (Cooper and Dominic) and his girlfriend (Pia) to stick close together after graduation. Unfortunately, during this training, Dominic decides to go take a walk and is murdered. Gavin subsequently blames himself for some reason (as if Dominic needed a babysitter or something!) and develops a whiny, woe-is-me attitude.

Despite this, Gavin still ends up graduating as the top Dragoon in his class and has many great opportunities laid out before him. However, he can’t get over Dominic’s death, and he continues to pull away from everyone and everything. This ultimately costs him his relationship with Cooper and Pia, but sets the stage for the beginning of Fluidis Rising! This was a nice little backstory that I really enjoyed reading!

I gave The Fracture 4/5 stars on Goodreads!

Back in January of this year, I read and reviewed Rogue Fae, a companion novella to the Starseed Trilogy by Ashley McCleo. I really enjoyed that series (and I’ve reviewed all the books on my blog already- sorry, I’m too lazy to find and repost the links) so this was a fun little read. Here’s the blurb for the book:

The Nashville coven is in a tizzy, which is to be expected. Murder does tend to bring out peoples’ anxiety.

What’s unexpected is that the coven asks visiting witches Gwenn, Rena, and Emily, to help find the fae throwing Nashville into disarray. After all, they have the rare magical skill set no one in the coven can boast.

However, as the trio follows the clues the fae left, they unearth something fishy. There seems to be more to the string of death and destruction the fae left behind than meets the eye. One member of the coven is being aggressive, and Gwenn can’t help but feel uncomfortable around another.

And that’s not even considering the decades-long feud between the fae tribe and the witches that the trio unearths.

A feud no one in the Nashville coven bothered to mention.

Coincidence? The trio thinks not.

Now all they have to do is prove it.

Rogue Fae is a prequel, stand-alone novella to The Starseed Trilogy. If you like realistic, smart characters and fast-paced mystery steeped in deceit and small-town politics you’ll love it! 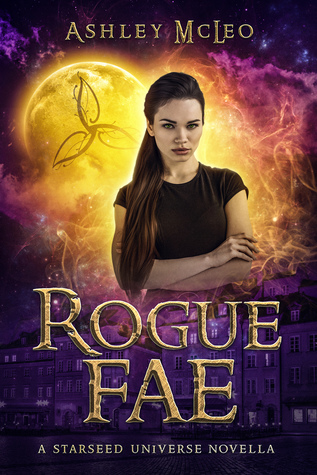 Here is my review:

Rogue Fae is a prequel novella set in the Starseed Universe. I’m a big fan of the Starseed Universe trilogy, so I couldn’t wait to see which characters would be featured in this book! Minor spoilers are present in my review, so please don’t read if you haven’t read the original books yet!

Rogue Fae follows Gwenn, who is one of the triplets’ aunts. She goes to a concert and meets up with Rena, who ends up being Lily’s adoptive mother. Talk about a small world! Gwenn and Rena hit it off right away and decide to go on a road trip together. Soon, they meet up with Emily, who ends up being one of Lily’s most beloved friends.

The three girls go to stay at a local coven and discover that there is a rogue fae supposedly going on a murdering spree. Because they are up for adventure anywhere they go, they decide to investigate the rogue fae, and they discover nothing is quite as it seems.

This was a nice little story, and I enjoyed dipping back into the Starseed Universe!