Does anyone else have an Intellivision Plug and Play System? There seem to be a few of them out there, but mine is the 10 in 1 version that I bought many years ago! It’s a fun little system and I’ve always enjoyed playing it from time to time. Anyway, this little End Game Thoughts post is about Shark! Shark!, one of the games on this system!

Shark! Shark! was originally released for the Mattel Intellivision in 1982. In this game, you start out as a small fish swimming around with a bunch of other fish. You can only eat fish smaller than you, or else you die. Immediately. Eat a bunch of fish smaller than you, and eventually you become bigger and can eat more of the fish! There’s a giant shark that swims around and makes a really rude sounding noise every time he appears, but I don’t know what he does except try to kill you. Maybe eventually you get big enough to eat the shark? I’m not that cool, so I never found out. 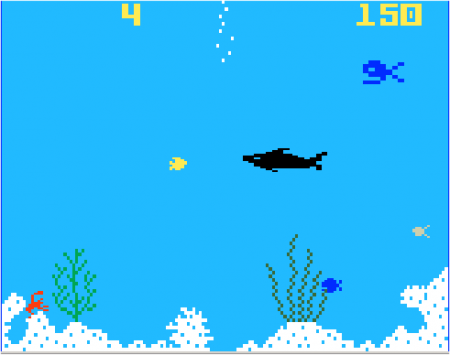 This is a fun game that’s easy to pick up and play for a little bit. It doesn’t really require too much thought or explanation, so I enjoyed playing a few rounds just to beat my high score! I thought the bleeps and bloops the game made in lieu of music was cute and made me feel quite nostalgic. 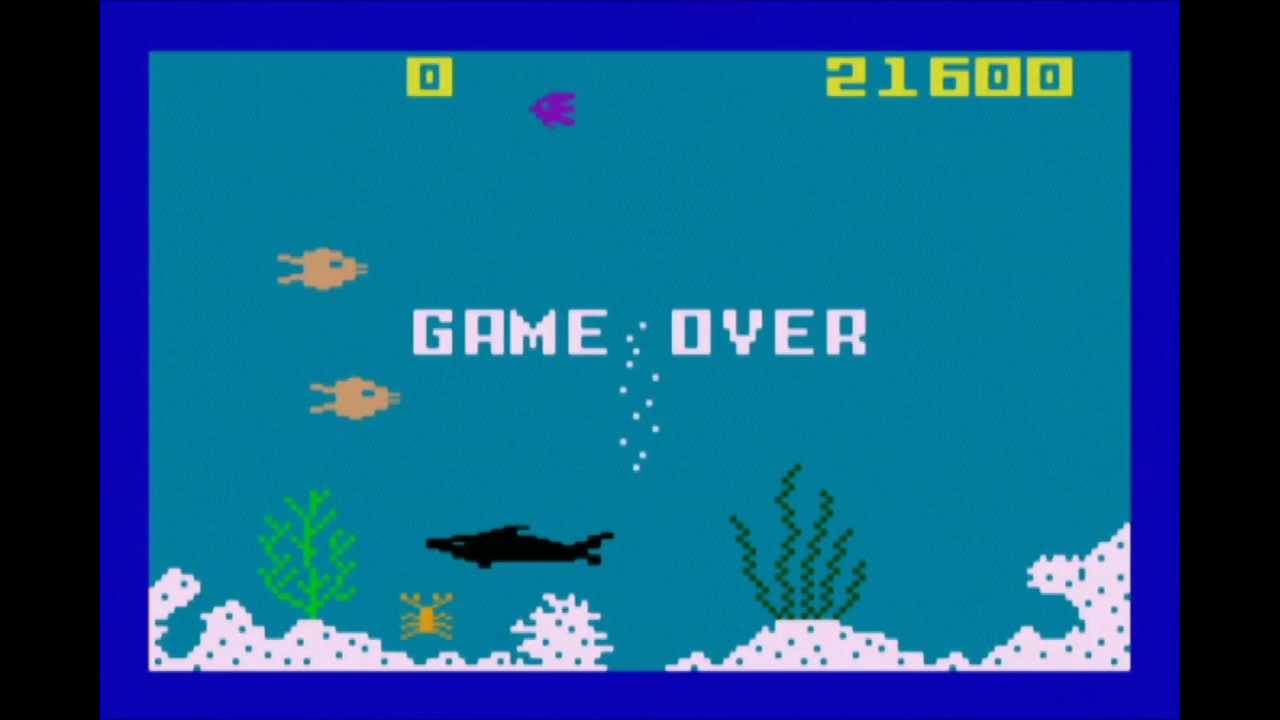 So, you have 5 lives. Unfortunately, when you die, you go back to being the smallest size fish, so you have to start all over. Your score is the only thing that rolls over from life to life.

Also, the fish is constantly moving, meaning you are always pushing the D-pad to keep it out of danger. A small gripe, sure, but my poor arthritic hands were tired after awhile!

This is a fun, cute game that anyone can play! The difficulty gradually rises but doesn’t ever become unbearable. My hands just got tired after awhile! I played this game for around 40 minutes, and my high score was 29,720. Not too shabby I think! I’d like to go back and play again and see if I can eventually eat the shark… 😉