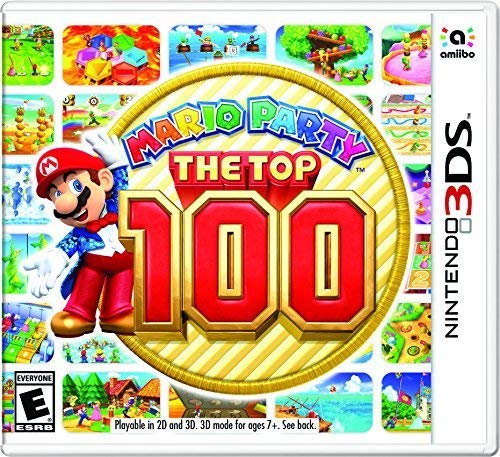 Mario Party: The Top 100 was released for the Nintendo 3DS in 2017 in North America. There are few different modes in this game (including a simple board map and a story mode) but the main focus of this game is just playing the minigames, which is awesome! After all, the minigames are the best part about the Mario Party games. Some of the games are locked until you come across them in Story Mode. There are a lot of fun minigames in this compilation! I especially enjoyed playing some old favorites from Mario Parties 1-4, because those are the games I’m most familiar with. It was fun seeing the games with updated graphics, too! 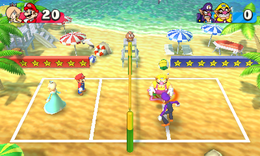 There are definitely some cheap ass, annoying minigames included in this compilation as well, which is unsurprising. I hate luck-based games! And the beach volleyball game can kiss my ass forever and ever, I hate it.

I really enjoyed this game a lot! It’s fun to just play through the minigames without having to worry about some asshole stealing your stars, coins, or both! Pokémon Blue (and its counterpart, Pokémon Red) was released on the Nintendo Game Boy in 1998 in North America. Basically, even though you are a small child, your mother thinks it’s cool that you want to travel around stuffing all sorts of weird creatures into balls and fighting against trainers who are in some cases way older and way more experienced. Once you receive your starter Pokémon, your mom kicks you out of the house so you can start your journey to the be the Greatest Pokémon Trainer Ever, and you’re not allowed to come home until you do! I may or may not have made that last statement up…

My favorite part of any Pokémon game is, of course, the Pokémon! I’m most fond of this generation of Pokémon probably because of nostalgia. Anyway, this game is so much fun! The music and graphics are adorable. I love the little cries the individual Pokémon make. I also appreciated how the game was a decent challenge without ever being overly difficult- though I did get tripped up on occasion.

The dungeons were a bit annoying at times, just because of all the random encounters. Sometimes I couldn’t take more than two steps without having to battle! Yeah, yeah, I used Repel and it didn’t work as well as it should have, so there! The Safari Zone sucked ass- Pokémon broke out of the balls way too easily, and it just annoyed me. Also, Moltres was quite the little bitch- I know he’s a Legendary, but still.

Though I REALLY wanted to “Catch ‘Em All”, it really does take quite a bit of time to actually catch and evolve the Pokémon. I did try to do this at first (hence the inflated play time), but ultimately ended up just trying to build a strong team and move on. I’m also proud of myself for catching all the Legendaries as well as Mewtwo 😉 All in all, this was a really fun game, and I’m glad I’ve finally beaten it!

P.S. You can only play as a boy in this game, hence my name being “Brandon” haha.