Back in November, I received a message from a cool dude on Goodreads named Wol-vriey. He asked if I wanted to review one of his newest books, Mr. Ugly! I’m always willing to help authors out, so I agreed! The synopsis for Mr. Ugly is as follows:

SHE RETURNED FROM HER CELL TO GIVE THEM HELL!

When a rotting corpse suddenly appears and starts butchering Raynham’s youths, there’s really only one question that needs answering:

Is this faceless and rotting monster Peter Howard, or isn’t it?

Problem is, Peter Howard died 15 years ago. So how can he possibly be back from the dead and murdering people with such relentless and sadistic brutality?

Peter’s mother Malicia, who’s just been released from the lunatic asylum, may have the answers to the crazy puzzle, but the two detectives investigating the deaths don’t even know the right questions to ask her yet.

Mr. Ugly: It really doesn’t matter if you lock your doors; you simply aren’t safe anymore.

And here’s the cover: 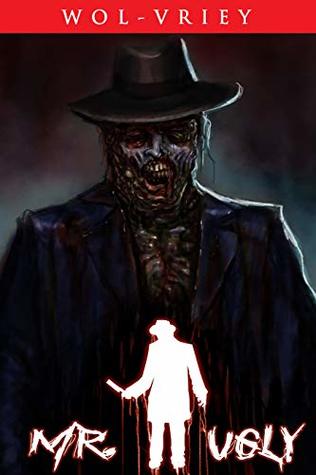 Ain’t he cute? 😉 This seemed like just the type of book I’d be interested in, so I couldn’t wait to read it! Here’s what I wrote about it on Goodreads:

I received a copy of this book in exchange for an honest review!

Based on the cover of this book, I figured Mr. Ugly was some type of zombie… but he was so much more than that! I don’t want to give away any spoilers, but I’ll try to hit some of the main points of the book.

The first character we meet is Malicia, who was recently released from a psychiatric institution. She definitely is not crazy though…. no, she is powerful, cunning, and very vindictive. Malicia is hellbent on making the people in the town of Raynham pay for their sins. Upon returning home from the institution, she unleashes something very powerful and very deadly.

Gruesome killings begin in the town (and I do mean GRUESOME!). The killings are done by a zombie-like creature dubbed Mr. Ugly because he is so fucked up looking, he barely resembles a man. Soon, it is revealed that Mr. Ugly is actually Malicia’s dead son Peter, resurrected to wreak havoc.

I admit, when it was revealed how Peter died and why Malicia is so upset, I couldn’t help but sympathize with her character. It’s amazing how far she goes off the deep end! I became really invested in the story and I’ll admit, I was kind of bummed when it was all over!

This book had several moments that made me laugh despite its brutality. Wol-vriey has a way of providing vivid descriptors that really place you into the story. Maybe I’m a little bit twisted, but one of my favorite lines in the whole book is “Like a punted football, a man’s severed head was rolling toward them from the main entrance.”

This was a brutal, gory novel that was so much fun to read! Wol-vriey does not hold back from describing even the most awful scenario. He definitely has a talent for the macabre. Great book!!

As you can see, I loved this book. It was unique, grotesque, and had some really fucked up moments in it. I gave Mr. Ugly 5/5 stars on Goodreads! 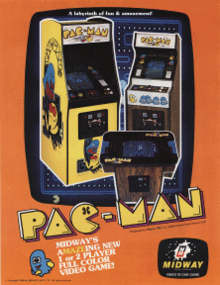 PAC-MAN was originally released in the arcades in 1980. It has been ported a billion times to many consoles, and I’ve played a few different versions of it! The version I played for this little mini review thing was on the NES Classic, which was released in 2016.

To me, PAC-MAN is one of those games that’s fun to play in short bursts when you have a few minutes to spare. The whole point of the game is to see how long you can last in the maze and possibly beat your high score, so it’s fun without being stressful. Well, the ghosts chasing you constantly can be a bit stressful, but you get what I’m saying. I just like to pick this game up every now and then and spend a few minutes seeing how long I can play before I die! The ghosts don’t leave you alone for one damn second! Can’t I just gobble up my little yellow dots and pieces of fruit in peace?!

I called it quits when I got a game over. I beat my high score, which now sits at 9490. That is probably a shitty score, but I’m not very good at this game, so I don’t care! I died really stupidly too- right as I was eating one of the ghosts, it stopped flashing and turned back to a normal ghost, then killed me. Such is life. 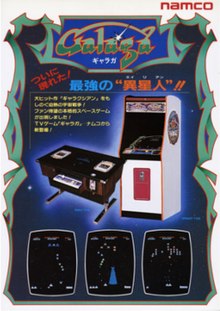 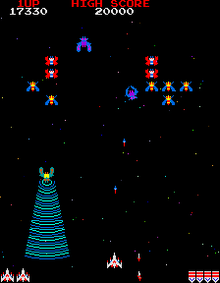 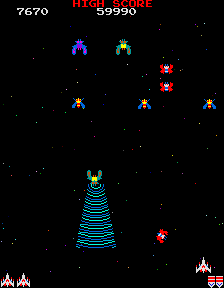